AI at the Core of the Next Industrial Revolution

Willing to go deeper into new practical applications of Artificial Intelligence in industry, ROPARDO has organized a round table with several esteemed members of the Research Institute for Artificial Intelligence, within the Romanian Academy of Sciences, ‘Alexandru Ioan Cuza’ University of Iasi, and ‘Lucian Blaga’ University of Sibiu, all of them committed to long-term studies on A.I. 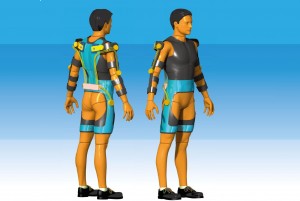 With our Research Innovation Department already engaged in A.I. projects, we particularly approached computerization of the manufacturing industry. “Many thousands of AI applications are deeply embedded in the infrastructure of every industry.” Kurzweil used to say 10 years ago and time has proven him right. Artificial Intelligence has been used in an unimaginably wide range of fields including construction, accounts, manufacturing, transport, military force, medical diagnosis, toys, and this is only the beginning. Robots have become common in many industries for they can be given jobs that are considered dangerous, or unsuitable in other ways, to humans. Over 1.5 mil. industrial robots are presently in service worldwide according to a report issued in 2014 by the International Federation of Robotics.

ROPARDO has been capitalizing AI in its ROBOMATE project which has gone unexpectedly well so far. The core idea of the robot is to assist factory workers in the many physically demanding activities they have to carry out, thus reducing the 4.4 million of musculoskeletal disorders claimed in EU. Developed by ROPARDO, Robot HMI is a human-machine interface for interactive collaboration serving to the manipulation of heavy goods in factories of the future. Presently we are developing the mobile application that takes data from the exoskeleton and displays it on mobile devices like smartphones for the user to easily change settings.

The round-table concluded on the reality that AI will lead to a new industrial revolution and will change the world in ways we cannot even predict yet. There was also discussed a possible future collaboration between our company and the prestigious institutions above so that together we be not only part of the change, but among the first to lay a stone to the building of a new world.

We’ve pretty much worked with most Java frameworks. Want to know more about our experience and availability?

Why work with Ropardo?


No. 4 & 5 especially are unfortunately extremely hard to find these days…

START
a project with us

Read our blog to get all the ins & outs of the projects & technologies we work with.

Take me to blog

Innovation, Quality, Delivery on Time are our objectives since 1994 when we started as a Technology Company based in Sibiu, Romania (East Europe). Our expertise is in software development, implementation of complex software solutions/system integrator and maintenance of software/IT systems for world-wide customers.

Ropardo is about skilled people, know how, fair prices and controlled risk.

We deliver solutions using technologies like (but not limited to) Java/J2EE, MS.NET, PHP, Oracle up to Mobile development platforms – IOS, Android and cross-platform.

By continuing to use the site, you agree to the use of cookies. More information